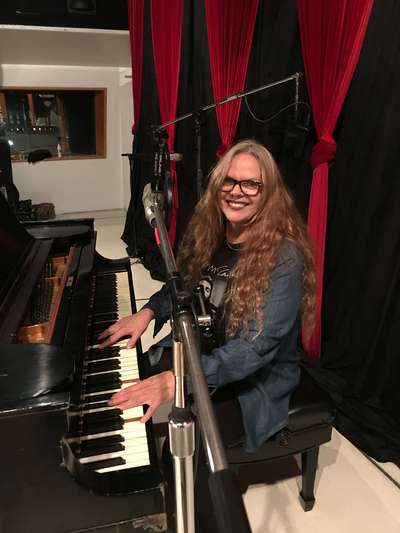 Carrie Alice Williams has been enthralled with music since she was born - and started picking out songs on the family piano at the age of three.

Self-taught in both piano, guitar and ukelele, listening to Carrie is an emotional experience, whether she’s singing about a recent cross-country tour on Anywhere But Home, the grief experienced when she lost her ever-present companion, Catty, or the feelings that bubbled up when her daughter phoned her from Italy and described Thousands of Flowers.

From Florida to New York, to New Mexico to California and Nevada, Carrie Alice Williams has been a force to be reckoned with, wowing audiences and building a loyal following.

As Neil Young's brother, I have been approached for over forty years by many artists, seeking access through me to the entertainment industry hierarchy. Of all those who have crossed my path, Carrie Alice Williams is the one whose talent is magnetic. The poetic depth in her songwriting is in the same league as accomplished and recognized artists.

"She nailed it." Tim Mulligan, Neil Young's sound man since 1972, after recording Carrie at the wedding celebration of Neil Young and his bride Daryl Hannah.

"Williams is probably one of the most talented musicians in town. She is not only a highly gifted pianist but has the vocal prowess to pull off bluesy ballads and soft, romantic torch songs with ease. She can make John Philip Sousa sound like Chopin... or Chopin sound like John Philip Sousa."